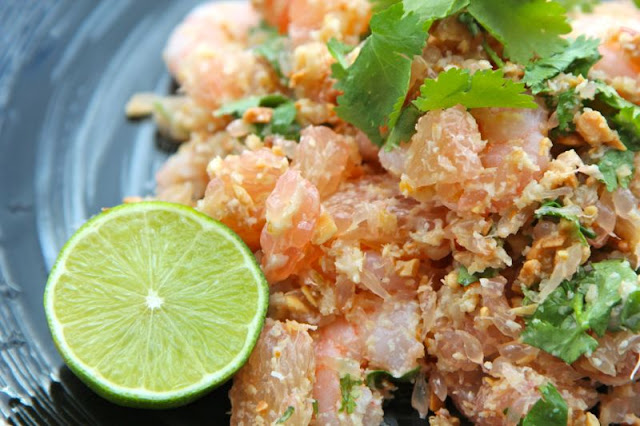 One thing that drives me absolutely insane with supermarkets and markets in Melbourne (and maybe it is everywhere else too!) is the unreliability that when you go there, the food you want will be there! And it's not just with the seasonal exotic produce either. Sometimes, you want scallops in the half shell and they're not there, or coriander, and it's not there. What's wrong with you people!! 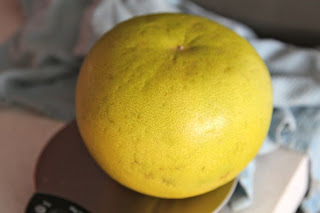 Pomelo is one such case, though granted, i doubt it sells much in Melbourne. Before i went to thailand I'd never eaten it before, but now i keep my eye out in south east asia for it whenever i'm there. For the uninitiated, pomelo tastes much like a less intense version of a grapefruit. But it's not about the flavour so much as the texture, to me. Beneath the giant fruit's skin (they're like bowling ball size!) is a grapefruit sized mass of segments, each segment containing little balls of juice!It's truly a delight to eat.


Cut the pomelo about 1 inch deep all around then use your thumbs to pry the pomelo into 2 halves; this will help prevent bursting the pods 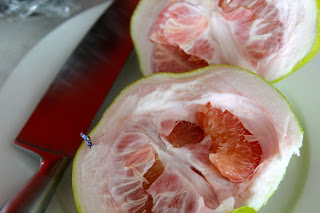 Remove the skin from the pomelo and then peel open each segment, flicking out the 'beads' of juice in as large chunks as you can get. Set aside. 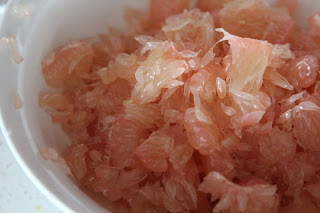 Finely chop the garlic and onion. 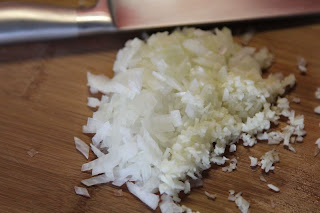 Heat the oil in a small saucepan over medium heat
Add the garlic, onion and chili flakes and saute until golden and very soft
Pour over the coconut milk, stir through, and set aside. 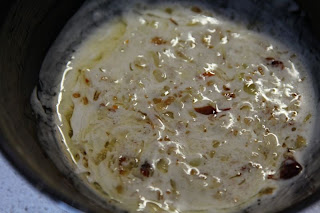 In a dry skillet over medium heat, toast the coconut until just barely golden. 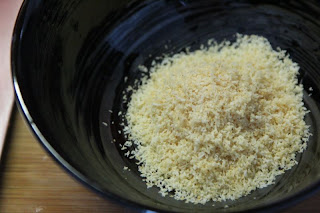 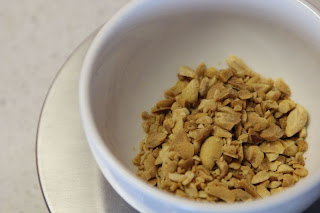 Bring a saucepan of water to the boil
Add the prawns and poach for 2-3 minutes.
Transfer to a bowl of iced water, then drain 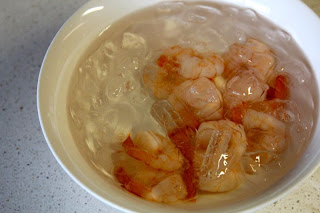 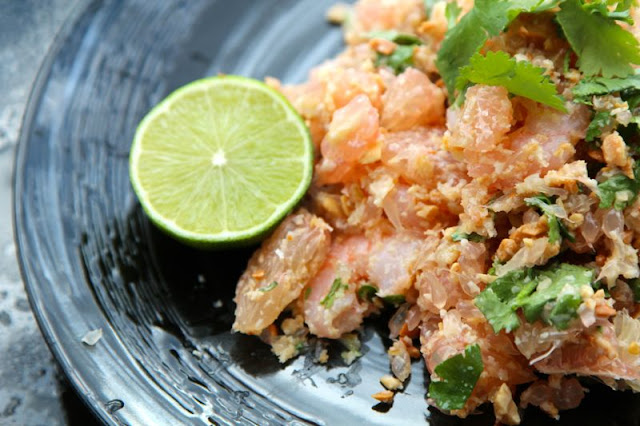 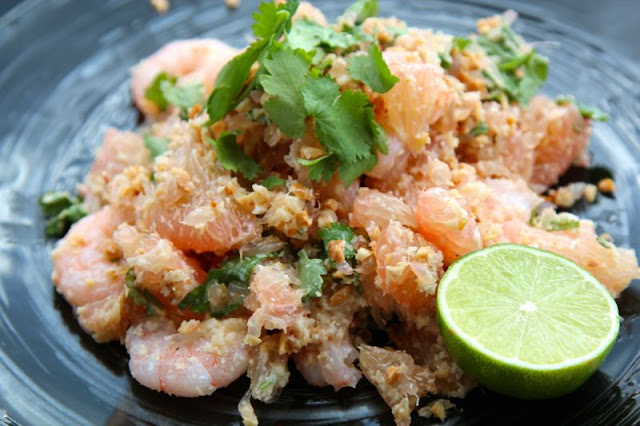 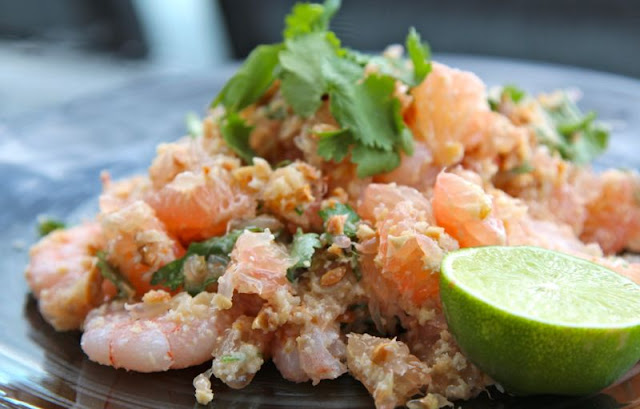